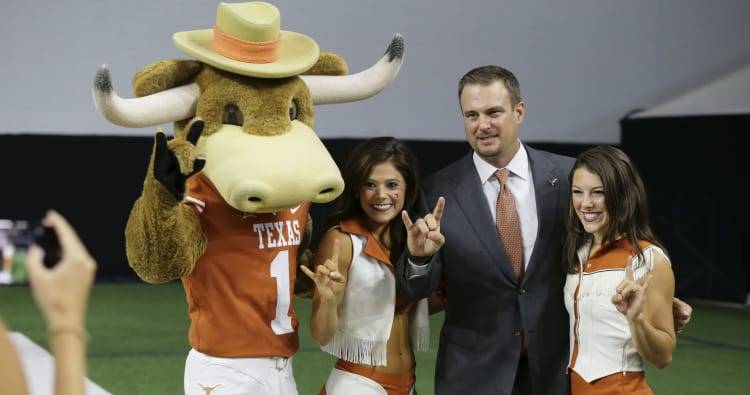 Tom Herman said Thursday that a comment made after Texas’ season-opening loss to Maryland didn’t “disparaged the previous staff or our current players.”

Earlier in the day, CBS Sports published a report in which Ohio State coach Urban Meyer criticized Herman for something he said following Texas’ 51-41 loss to Maryland on Sept. 2. UT’s new coach had stated that onlookers were wrong if they thought he could “sprinkle some fairy dust on this team and think that we’ve arrived.”

Meyer surmised that Herman was making excuses and such words were “insane.” The coach of the nation’s second-ranked team added that Herman “got a dose of reality” in his debut with the Longhorns.

Herman was Meyer’s offensive coordinator at Ohio State from 2012-14. The Buckeyes won a national championship in 2014.

Herman meets with the media every Thursday. He was asked at this week’s gathering to respond to Meyer’s comments.

“I don’t have any (response),” Herman said. “I don’t have time to worry about comments made by somebody else about their program, I’m worried about our program and winning a game. Anybody that’s been around me and our staff for the last nine months knows that we’ve never disparaged the previous staff or our current players.”

Herman was then asked to clarify if he was blaming anybody with that fairy dust comment.

Herman’s wife, Michelle, was more blunt in her defense of her husband.