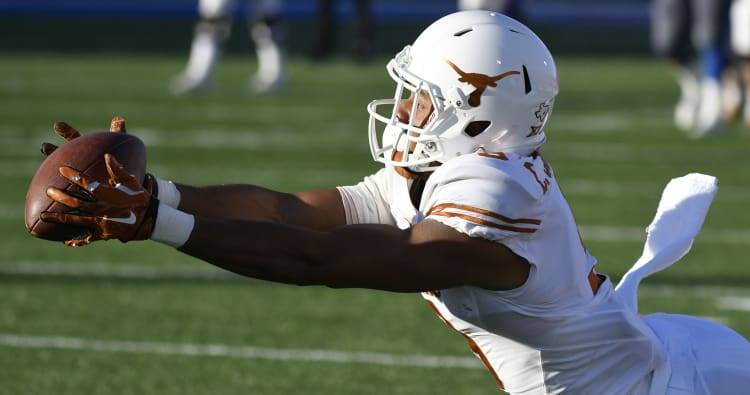 Here are five key matchups in the Texas-San Jose State game to keep your eye on Saturday:

Aaron, San Jose State’s redshirt freshman from Antelope, Calif., wasn’t afraid to make waves this past spring when he completed six of 13 passes for 202 yards and threw a 95-yard touchdown pass. Now the action really intensifies. Aaron was 18 for 30 in the first two games and threw four touchdown passes against South Florida and Cal Poly. The Longhorns should pin their ears back and come get him. Charles Omenihu, Ta’Quon Graham and Jamari Chisholm all were disruptive forces at times against Maryland. They need to get some sacks and confidence this week.

Of all the problems Texas needed to address this week, coach Tom Herman put run defense atop his priority list. Maryland racked up a staggering 263 rushing yards in last week’s 10-point win. That’s good news for Zigler, who is already averaging 6.7 yards per carry in two games this season. He ripped off a 75-yard score against New Mexico and a 74-yarder against Portland State. Do not underestimate his speed. Can Malik Jefferson and Anthony Wheeler make a decisive, disruptive impact or not? Poona Ford needs more help up front, too.

It shouldn’t matter whether Texas plays Shane Buechele, Sam Ehlinger or Jerrod Heard at quarterback. Not when you have a talented 6-6 weapon out wide in Collin Johnson. He finished with 125 receiving yards and a touchdown against the Terps. That score came in garbage time, though. Johnson needs more opportunities early and often. Chachere (6-0, 200) was a first-team All-Mountain West selection last season, so he’ll be ready. The quarterbacks need to get the ball out of their hands and into those of the playmakers.

In San Jose State’s opener against South Florida, the Spartans blocked a punt and took early momentum. No doubt the coaches looked hard at Charlie Strong’s protection schemes and saw issues. Strong had similar problems last year at Texas. And those same issues still remain under Herman, apparently. Texas had a field goal blocked and returned for a touchdown against Maryland. (The Longhorns also scored on a blocked kick of their own and returned a punt for another score.) Until the Longhorns improve on those mistakes, their special teams lose the benefit of the doubt.

Texas play-caller Tim Beck vs. … his own doubts

There’s simply no good answer as to why Texas abandoned the run in the second half against Maryland. Kyle Porter and Chris Warren III combined for only six carries after halftime. That means all the pressure was on quarterback Shane Buechele’s shoulders, eve after it became a three-point game in the third quarter. The lack of a running threat plus UT’s 0-for-4 performance on third downs couldn’t have impressed many fans. Like the players, the coaches have a chance to bounce back against San Jose State. Expect a better all-around day.