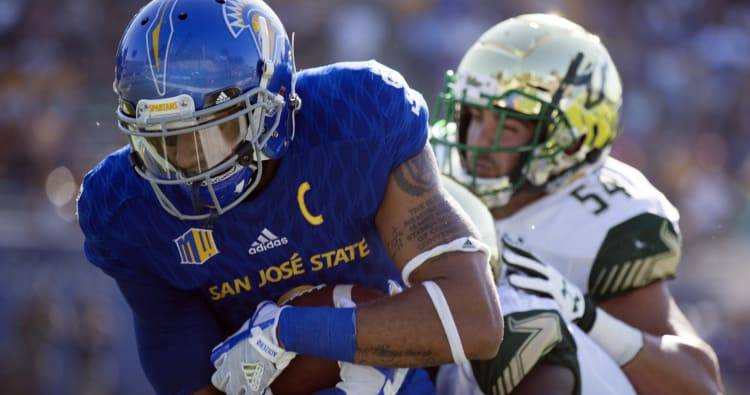 We’re interviewing the beat writer of Texas’ opponent each week this season. This week, it’s Jeff Faraudo (@JeffFaraudo), a freelance writer who covers San Jose State for the San Jose Mercury News, offering his insight on the Spartans.

1. San Jose State has two non-conference games against teams ranked in the AP’s preseason poll (and Utah had the 27th-most votes). What are the Spartans expecting to get out of this tough early-season schedule?

In fairness to new coach Brent Brennan, this is a non-conference schedule he inherited. And yes, it’s a bit ambitious. Besides facing Texas and Utah in back-to-back road games, the Spartans opened the season at home against South Florida, which was No. 19 in the preseason AP poll. SJSU will take home a $1 million payout from Texas but Brennan also expects to find out a lot about the competitiveness of his team in these games. The Spartans came out of the chute quickly against USF, mounting a 16-0 lead before losing 42-22. USF jumped on San Jose State mistakes and gradually wore them down physically. The Spartans will need a cleaner and more consistent performance Saturday to hang with what figures to be a fired-up Texas squad.

2. Which of the quarterbacks — Montel Aaron or Josh Love — gives the Spartans a better shot at winning?

Love began the season as the more experienced player, having served as the No. 2 QB a year ago. He also started one game, although things went badly for him in a loss at Iowa State. Aaron, a redshirt freshman, looked impressive in the Spartans’ spring game and took a big step toward winning the top job with his relief performance last week against Cal Poly. He entered the game in the second quarter with SJSU trailing 6-0 and threw three touchdown passes without a turnover to spark the 34-13 victory. He is 6-foot-5, moves well and extends plays by keeping his eyes looking up the field while buying time. Aaron enters the week with the highest pass efficiency rating (179.3) among freshman quarterbacks, and I’ll be surprised if he doesn’t get the starting assignment at Texas.

San Jose State has been spotty on offense. The Spartans used three quarterbacks in their first game and two against Cal Poly. They had a fast start, then bogged down against USF, followed by a stagnant beginning and a stronger finish a week later. Settling on a No. 1 quarterback likely will help. Developing a dependable run game will be critical. The run game numbers looked good against Cal Poly, but that’s an FCS opponent. The Spartans averaged just 2.9 yards per rush against USF. SJSU has a veteran offensive line and a solid receiving corps. But the offense remains a work in progress.

4. It’s early, but San Jose State seems to be struggling with its run defense (255.5 YPG). Were those problems expected?

The Spartans certainly hoped they would be better in this area in 2017 after ranking 122nd nationally a year ago. So far the results don’t suggest an improvement. But it’s hard to know for sure because the Spartans have played games against two heavily run-oriented teams. South Florida was fifth nationally in rushing offense last season and Cal Poly rarely throws the ball out of a triple-option attack. While SJSU seemingly has been gouged by allowing more than 500 rushing yards in two games, opponents have run the ball 135 times — the most any defense in the country has seen. The number that matters most may be yards allowed per rush, and the Spartans are giving up a respectable 3.8 yards per attempt through two games. We’ll see if they can maintain that this week.

5. Name one player that Texas fans aren’t talking about — but should be.

There are a couple worth noting. On offense, tight end Josh Oliver is a big target at 6-5 with good hands and the ability to run. After being used primarily as a blocker his first two seasons, he has nine catches through two games. And he seems to have a bit of chemistry with Montel Aaron, so that connection could be worth watching. On defense, linebacker Frank Ginda has been prolific through two games. He has 30 tackles already — 19 of them solo tackles. He’s not particularly imposing (6-foot, 245), but the guy is in constant motion.

The post Texas vs. San Jose State: A Q&A with a Spartans beat writer appeared first on HookEm.