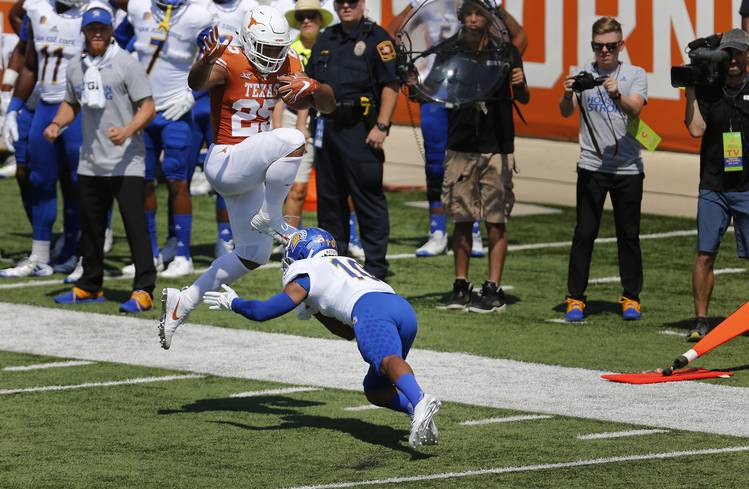 The Spartans lost 42-22 against former Texas coach Charlie Strong and South Florida to open the season– leading in that game by several touchdowns at one point– and picked up their first win last week against Cal Poly.

Texas lost to the Terps 51-41 at home to start the season and are still searching for Herman’s first win as Texas’ coach.

The Eyes of Texas: Three Spartans the Horns will be watching