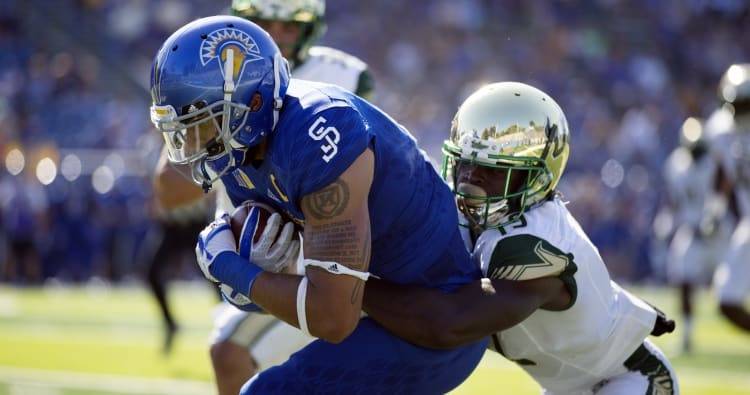 On Saturday against San Jose State, the eyes of Texas will be upon…

Sophomore Josh Love has thrown a team-high 45 passes this season, but it will be Aaron that gets the start on Saturday. Once a three-star recruit who redshirted last year, Aaron has made relief appearances in each of San Jose State’s first two games. But he threw three touchdown passes against Cal Poly last week and turned a 6-0 deficit into a 34-13 win.

In 2016, Chachere was the only Spartan honored on the Mountain West’s all-conference team. He intercepted four passes last year and broke up 22 passes over his sophomore and junior seasons. Chachere has 11 tackles and one pass breakup this fall, but opposing teams have only attempted 36 passes so far. The Longhorns had 53 attempts vs. Maryland.

Zigler has so far been San Jose State’s best option on the ground, running for 141 yards and the team’s lone rushing touchdown on 21 carries (a 6.7 average). Last year, the 5-10, 171-pound Zigler recorded 100-yard performances against Portland State and Iowa State. He also was the only Spartan to rush for two touchdowns in a single game.

The post The Eyes of Texas: Three Spartans the Horns will be watching appeared first on HookEm.