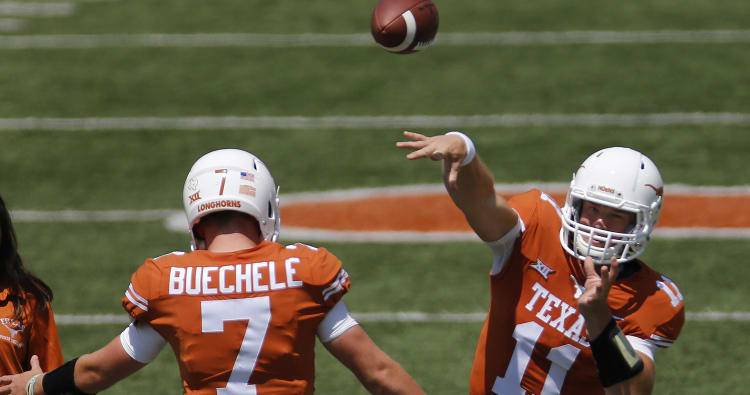 Ehlinger’s first three passes on the opening drive fell incomplete. His first completion came on the second drive, a bullet over the middle to Armanti Foreman on third down that moved the chains.

Longhorns fans hope it will be the first of many.