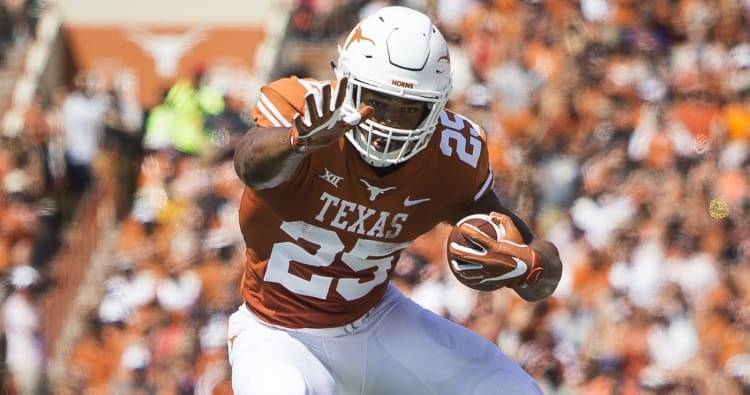 Texas is on the board, in part thanks to a highlight-reel play from junior running back Chris Warren III.

Warren went airborne along the sideline, nearly clearing a San Jose State defender for a few extra yards on a 14-yard completion from Sam Ehlinger.

Two plays later, Jerrod Heard ran in for a touchdown to give the Longhorns a 7-0 lead.

Chris Warren appeared to have clipped the hurdle. pic.twitter.com/dTSIcVlm6u