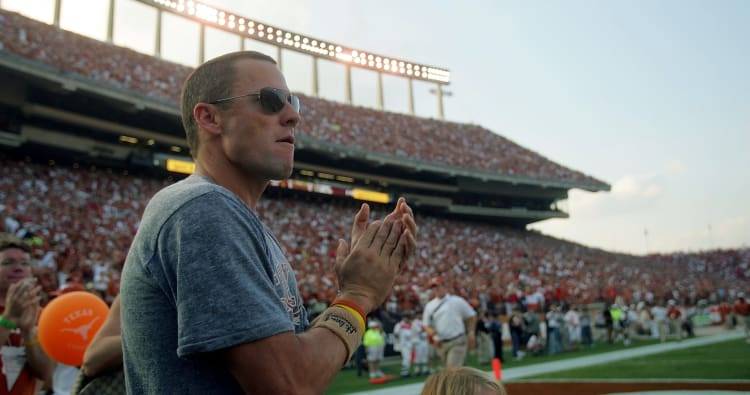 USC is trying to re-write history regarding its national championship loss to Texas, but Lance Armstrong isn’t having any of it.

The Trojans’ media guide this week claimed a 4-0 all-time record against Texas. They excluded their 41-38 loss to the Longhorns in the 2006 Rose Bowl because the NCAA vacated USC’s participation in the 2005 college football season. Armstrong, a noted Longhorns fan, disputed USC’s creative record-keeping on Twitter on Tuesday night. His message: the Trojans lost fair and square, and then they threw their Heisman winner under the bus.

Negative @USC, we were there. You lost the game fair and square. Btw, @ReggieBush is a fucking legend that you shit all over. https://t.co/UU5qeotjUG

USC’s media guide isn’t technically wrong. The NCAA voided the Trojans’ entire record from the 2005 season because of violations related to Reggie Bush. The NCAA’s official stance is that USC was 0-0 that year. But Texas still gets to claim the victory.

The Trojans also forfeited Bush’s Heisman Trophy as a result of the NCAA’s decision. Armstrong apparently doesn’t like that USC used Bush as a scapegoat either.

Texas and USC will face each other this Saturday for the first time since that matchup the Trojans say never happened. Kickoff is set for 7:30 p.m. CT on Fox.

The post Texas fan Lance Armstrong to USC: ‘You lost the game fair and square.’ appeared first on HookEm.