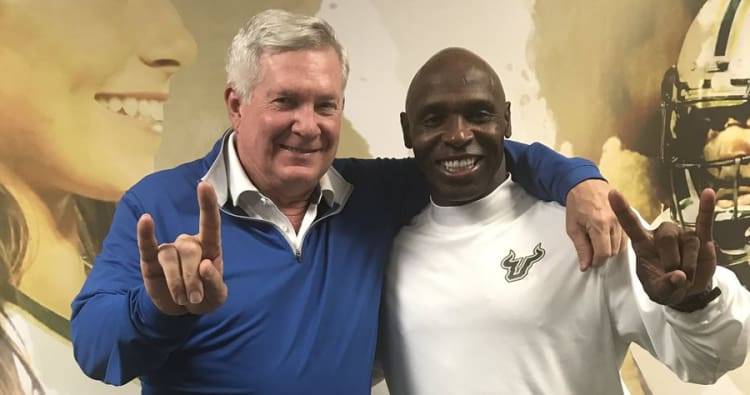 South Florida and Texas share more than having Charlie Strong serve as their football coach. They use the same hand symbol, too.

Because USF’s mascot is the Bulls, it uses a hand symbol similar to Texas’ Hook ‘Em Horns. Thursday afternoon, Strong, the Bulls’ coach, met with former Texas coach Mack Brown, who will be providing color commentary for ESPN’s television broadcast of Friday’s USF-Illinois game. Afterward, they posed for a picture doing the schools’ shared hand symbol.

Throw those horns up!
Great to have @ESPN_CoachMack in Tampa for Friday’s @espn broadcast. #BullStrong 🤘

Brown coached the Longhorns from 1998-2013, leading Texas to a national championship in 2005. Strong was his successor, posting three straight losing seasons before his tenure ended.

It’s safe to assume Brown’s horns are in fact for Texas, though the situation creates a bit of a conundrum for Strong. At least his new job didn’t require him to learn a new hand symbol.

Columnists look back on, and forward to, Longhorns-Trojans matchup