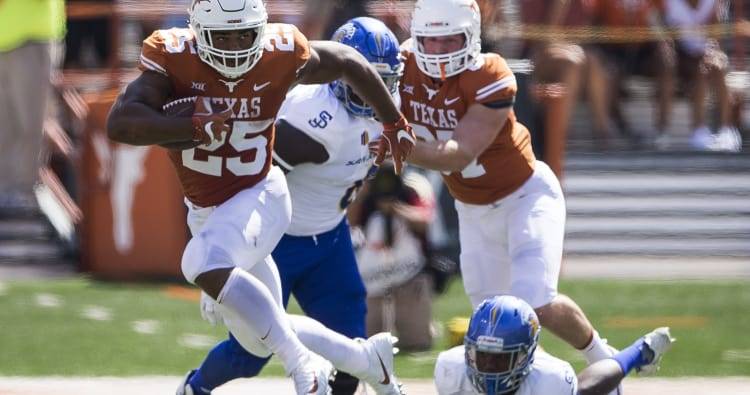 Most Texas fans moved on from Saturday’s 56-0 win over San Jose State fairly quick. The Longhorns moved to 1-1 and erased the lingering memories of the season-opening loss to Maryland.

In today’s segment, we discuss some of the big numbers from the clash with the Spartans, including Chris Warren III’s big rushing day and the importance of the Horns continuing to run the ball against No. 4 USC.

Since UT has already stumbled, that took some of the luster out of this week’s Texas-USC matchup. It’s been 12 years since the 2005 national title clash, so no need to rehash that here. But there were several important topics up for discussion by beat writers Danny Davis and Brian Davis in this week’ Zaxby’s Sound Off.

The Week 3 guide to watching Texas commits in action