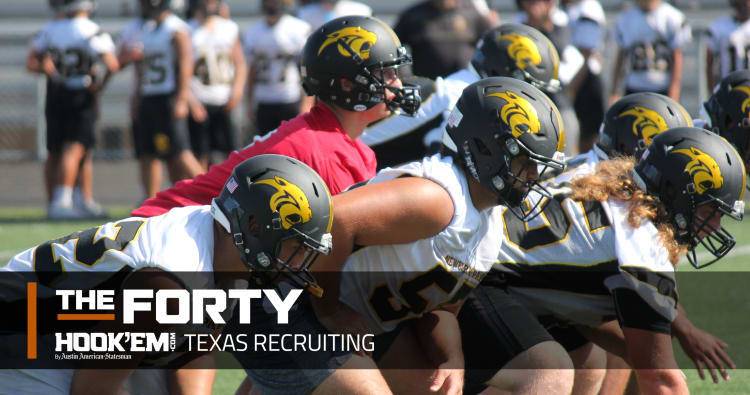 It’s easy to forget recruits are still teenagers enjoying their final year of high school because of the amount of coverage that 4- and 5-star recruits receive throughout the recruiting process. Texas quarterback commit Cameron Rising offered a reminder of what’s important as a high school senior.

What will Rising be doing during Saturday’s Texas-USC game? After all, he lives only roughly one hour away from Los Angeles.

“I’m going to Homecoming,” Rising said. “I’ll definitely be checking for it on the DVR.”

Rising, from Newbury Park, Calif. is one of two quarterbacks committed to Texas in the 2018 class, joining Newcastle (Okla.) 4-star quarterback Casey Thompson. Rumblings surround Rising and his commitment status with Texas as Oregon continues to chase his commitment. For his part, Rising insists he’s only focused on his senior season.

Rising is planning on visiting Texas on Oct. 21 for the Oklahoma State game. Here is his commitment Q&A.

I didn’t fall in love with football until I moved to quarterback in eighth grade. Once it became my favorite sport, I never looked back.

The coaches and the location. Texas is truly the full package in a university because of the degree, the alumni and the tradition in athletics. It made sense.

My goals as a senior are to lead my team the best I can. I have no personal goals.

My dream is to play NFL football, so I was looking for a chance to play early and get evaluated by NFL scouts and teams. The depth chart is an important factor to me.

He’s more of a family man. The first time I met him, he gave me a big hug. I loved him from the start of my recruiting process, even when he was recruiting my older brother, Tyson, and not me yet.

I see myself as the quarterback at Texas and I want to do everything I can to play and hopefully lead Texas to a national championship.

@sehlinger3 showing @TheRealYungDom and I around our future home 🤘

Any of the “Friday” films.

Kobe Bryant, because of his competitive nature. He’s the most self-driven athlete I’ve ever seen. I’m too young to remember Michael Jordan, so Kobe Bryant is that guy for me.

Basketball. It was my first love. My favorite team is the Lakers.

Texas vs. USC: A Q&A with a Trojans beat writer