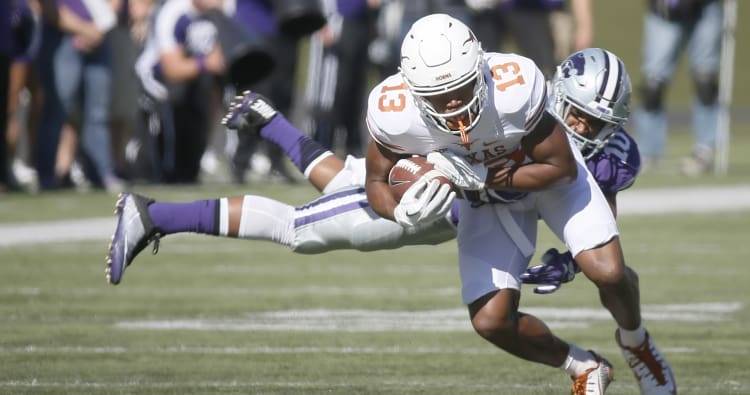 Four questions facing Texas on Saturday night against No. 4 USC:

Junior Chris Warren III had a 166-yard day last week against San Jose State’s porous run defense, and sophomore Kyle Porter added 72 yards. Texas has given equal work this year to Warren (22 carries) and Porter (24), and both are listed as possible starters against the Trojans; Porter started against Maryland, Warren started against San Jose State. Will either Warren or Porter stand out against a USC defense that’s allowing 216.5 rushing yards per game?

Texas has emphasized special teams, but Rowland has missed his first three field-goal attempts from 42, 43 and 44 yards. This comes a year after the Longhorns missed key kicks in losses to Kansas, Kansas State and West Virginia. Herman told reporters this week that even his grandmother could have seen what the UT coaches saw in Rowland during fall camp. Will the JUCO transfer show off those skills to everyone else this week?

3. What position (or positions) will Jerrod Heard play?

Heard is listed twice on Texas’ depth chart — as the third-string quarterback and as a candidate to start at Z receiver. If Shane Buechele misses a second straight game, expect to see Heard occasionally relieve Sam Ehlinger as a “wildcat” option. If Buechele returns, though, will Heard return to a career receiving trajectory that saw him catch 24 footballs in 2016? Or did UT like what it saw last week when he ran for 39 yards and two touchdowns on eight carries?

In his two years at Houston, Herman went 6-0 against teams ranked in the Associated Press’ Top 25 poll. That included last year’s 33-23 win over Oklahoma and 36-10 win over Louisville; both the Sooners and Cardinals were ranked third at the time they played Texas. USC is No. 4 this week, so that streak is in jeopardy. But even if the 17-point underdog Longhorns win, Herman likely won’t rest easy. Three of Texas’ nest four games are against the nation’s No. 2-, No. 9- and No. 18-ranked teams.