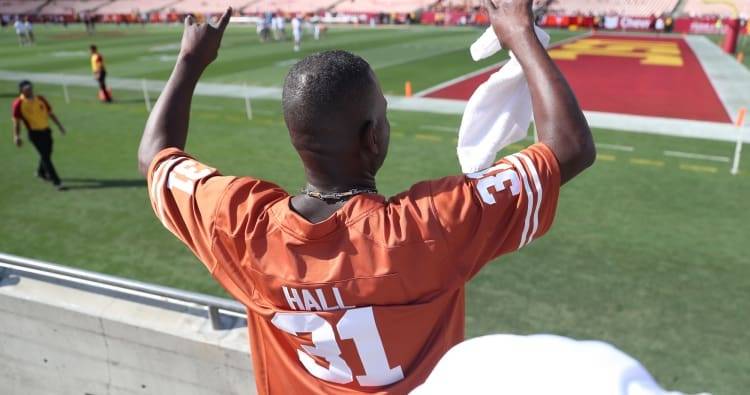 The words themselves are enough to send chills down the spine of many Longhorns fans, so it only made sense that a large contingent traveled to California to see “the rematch” for themselves.

USC announced its first sellout at the Los Angeles Memorial Coliseum since 2014, and Texas announced earlier this week that it sold out its entire allotment of 5,700 tickets.

Also spotted in the crowd were the star of that Rose Bowl, Vince Young, and Texas superfan Matthew McConnaughey.

Check out all the sights and sounds of the Coliseum, and check back throughout the game as we update this post.

Matt and V.Y. just chillin before the game #TEXASvUSC

Texas vs. USC. Let’s do this. #texasfight #hookem #longhorns

Hanging out with a bunch of longhorns today #willtheywin??? #doubtful

FOLLOW LIVE: Underdog Texas travels to Los Angeles for showdown with No. 4 USC