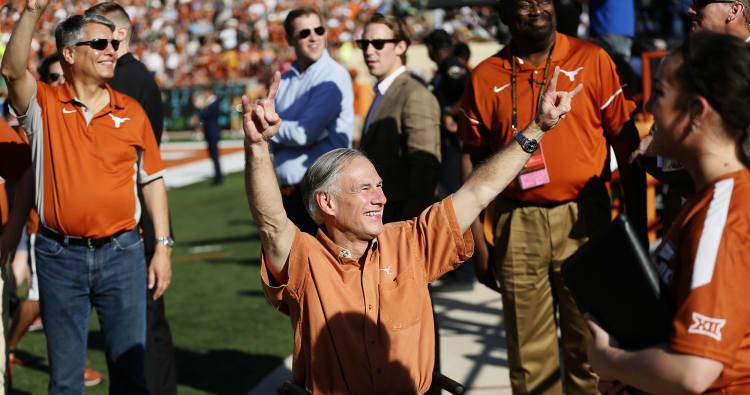 Texas Governor Greg Abbott attended the college football game between Texas and USC on Saturday, and he appeared in a pregame interview on Fox.

Abbott also went to midfield for the coin toss.

So, who’s he picking in the game?