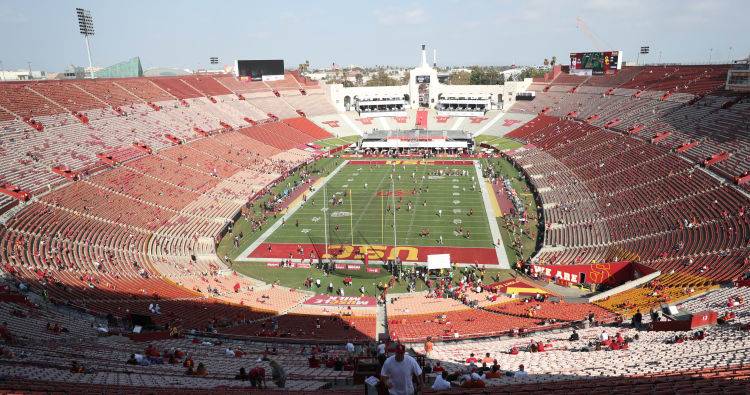 Texas junior left tackle Connor Williams suffered an injury to his left knee during the second quarter of the game Saturday against USC.

Jerrod Heard came in at quarterback on first down and was tackled into Williams. He received help walking off the field, and was later taken to the locker room.

The Longhorns announced that Williams will not return to the game.

Williams was a consensus All-American as a sophomore in 2016.

Connor Williams is down. Lying flat on his stomach after that first-down run by Jerrod Heard.

Williams now up, getting help in walking off.

Texas announces that Connor Williams (knee) will not return to the game. #HookEm

The post Texas LT Connor Williams injured in 1st half against USC, will not return appeared first on Hook ‘Em.