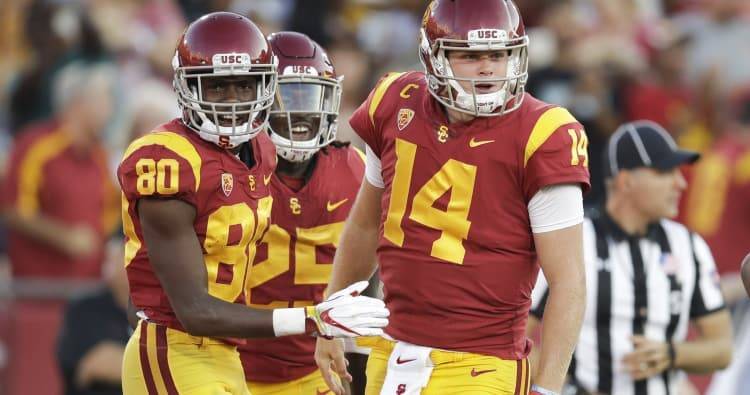 On Saturday against No. 4 USC, the eyes of Texas will be upon …

The Heisman Trophy contender has been just fine over his first two games, throwing for 605 yards and four touchdowns while completing a staggering 74.6 percent of his passes. The only black mark on Darnold’s statline, though, has been his interceptions. After getting picked off nine times last year, he has already thrown four interceptions.

Burnett is USC’s leading receiver; his reception totals (16 catches for 263 yards and two touchdowns) has doubled up his next closest teammate’s, Steven Mitchell Jr. (8-133-2). Western Michigan and Stanford both failed to keep Burnett under 100 receiving yards, and he scored twice in last week’s Pac-12 showdown with the rival Cardinal.

A junior, Smith was a second-team honoree on the Pac-12’s all-conference team in 2016. In 2015 he had a knee injury end his shot at becoming the first true freshman to lead USC in tackles since the school began tracking that stat in 1954. Smith recorded a team-high 83 tackles a year later, and his 14 stops lead this year’s team.

The post The Eyes of Texas: Three Trojans the Horns will be watching appeared first on Hook ‘Em.