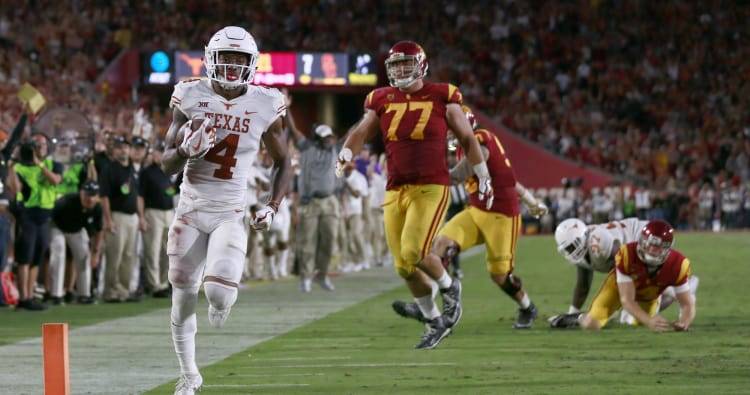 Texas defensive back DeShon Elliott had himself a game Saturday at the Los Angeles Memorial Coliseum.

Elliott snagged his second interception off USC quarterback  Sam Darnold during the fourth quarter, setting up Texas in Trojans territory.

DeShon Elliott gets another One. #Hookem pic.twitter.com/DfykjVIJwz

USC answered with an interception of its own on a controversial play. Longhorns quarterback Sam Ehlinger appeared to have his facemask grabbed by linebacker Uchenna Nwosu, but the officials ruled that it was a clean play.

Marvell Tell III made the diving interception for USC.

Elliott returned his first interception for a touchdown in the second quarter.

It’s halftime, and defense is keeping Texas in a 14-7 showdown with USC