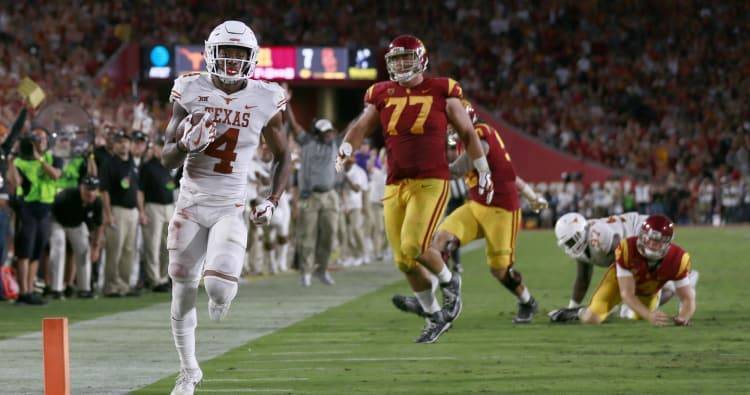 Texas got on the board in the second quarter with a pick-six on a pass by USC star quarterback Sam Darnold.

Defensive back DeShon Elliott snatched a tipped pass before it hit the ground and returned it 38 yards to tie the score at 7-7.

Shortly before that play, Longhorns sophomore wide receiver Collin Johnson made a spectacular catch along the sideline for a 28-yard gain.

Texas ended up having to punt, and Elliott picked off Darnold on the first play of USC’s ensuing drive.

Texas LT Connor Williams injured in 1st half against USC, will not return

It’s halftime, and defense is keeping Texas in a 14-7 showdown with USC