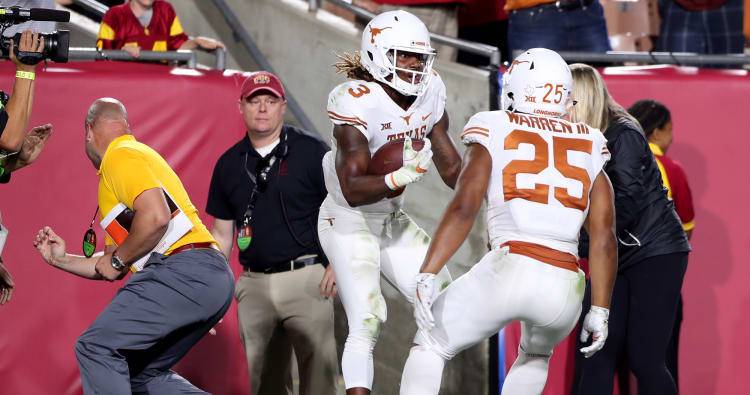 Texas freshman quarterback Sam Ehlinger completed the biggest throw of his young career, finding Armanti Foreman in the corner of the end zone to give the Longhorns a 17-14 lead over USC in the final minute.