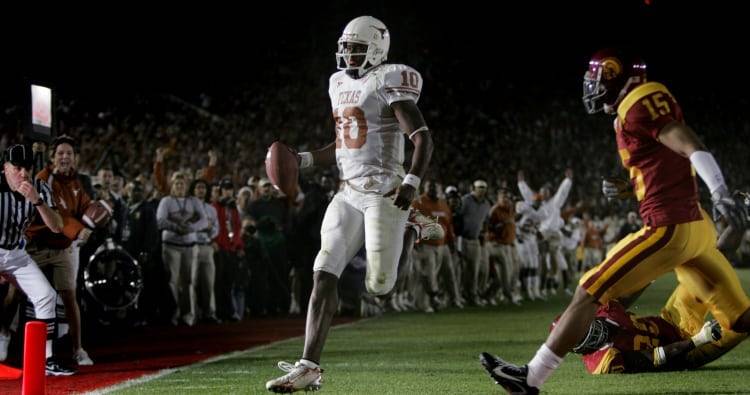 On Jan. 4, 2006, Texas and USC waged what is still considered by many the greatest game in college football history. They’ll meet again Saturday for the first time since that fateful night when the Longhorns take the field at the Los Angeles Memorial Coliseum.

The stakes are much lower this time around, but simply the sight of burnt orange on white against the Trojans’ cardinal and gold is sure to stir emotions.

Much has been said and written about the 2006 Rose Bowl, and Texas’ 2005 national championship, especially here at Hookem.com. In August 2015, the American-Statesman took an exhaustive look at the game 10 years later.

Take a walk down memory lane with our coverage of a historic moment for the Longhorns: