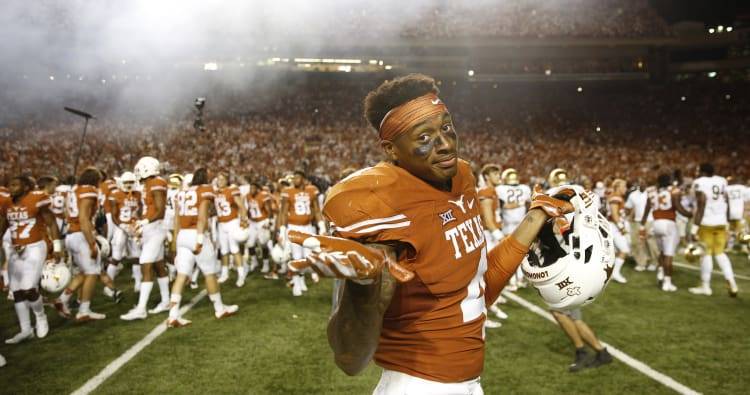 Welcome to Big 12 DieHards’ Week 3 Special Teams Player of the Week. There were a number of exciting performances across the Big 12 from special teams players, but we picked one that stood apart.

Late in the second quarter, Texas was down 7-0 to USC and couldn’t get much of anything going offensively. The offense accumulated just 85 total yards to that point. Five drives went seven yards or fewer. Texas’ defense was playing well, but needed a break.

Finally, starting strong safety DeShon Elliott made it happen. On the first play of a drive at USC’s 23-yard line, Elliott picked off star Trojans quarterback Sam Darnold and returned it for a touchdown. The pick-six tied the game at 7-7 with just seconds left to go in the half.

In the second half, USC possessed a 14-10 lead and was driving down the field. Darnold took a shot, but Elliott picked off that pass at midfield and returned it to the USC 25-yard line. Texas failed to convert into a touchdown, but it put the Trojans in bad field position when they got the ball back. The next Texas drive, Texas took it back in for a go-ahead touchdown.

In addition to the two picks, Elliott finished No. 3 on the team with 7 tackles. It was one of his best games as a Longhorn on the game’s biggest Week 3 stage.