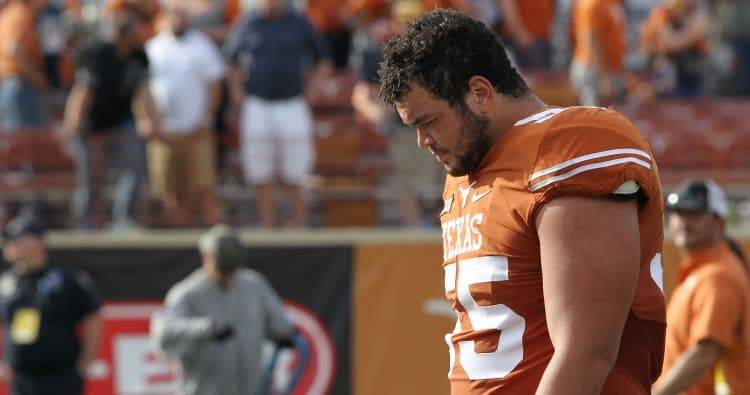 Texas All-American left tackle Connor Williams will undergo surgery on his left knee, according to a statement from the University of Texas.

After evaluation of Connor Williams’ MRI today, Longhorn team doctors have determined that the junior All-American left tackle sustained a sprain of the medial and posterior collateral ligaments in his left knee. Williams also sustained a meniscus tear, which he is expected to undergo arthroscopic surgery on in the next week to 10 days. There is no timetable on his return at this point and a further update will be provided following surgery.

Williams, a junior, exited the Longhorns’ contest against USC on Saturday in the second quarter with an injury to his left knee. He was quickly ruled out of the game after being helped off the field.

Williams tweeted on Sunday that he is on his way to a “full recovery” and that “nothing has yet to change.”

On my way to a full recovery. Nothing has yet to change. 1-0 everyday. #HookEm 🤘

Williams is expected to undergo surgery in the next 10 days. No timetable has been given for a return date.

Lost in L.A.?: Longhorns emerge from double OT thriller confident about the future