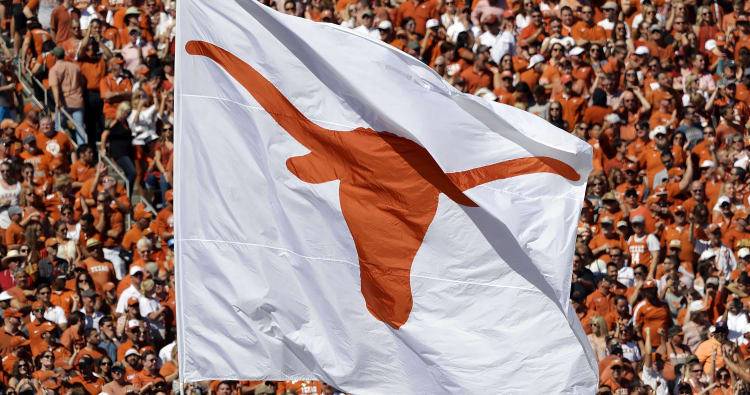 Wide receiver prospect Jaylen Waddle, one of the top prospects in Texas among the 2018 recruiting class, included Texas in his list of top schools on Sunday night.

Waddle, a 4-star prospect per the 247Sports composite rankings, is rated the No. 7 player in Texas and the No. 11 wide receiver overall in his class. Waddle has additional experience on special teams as a kick returner.

The 247Sports crystal ball projections for Waddle have Alabama as the likely destination for Waddle – giving him a 33 chance of committing to play for the Crimson Tide. Florida State is second at 20 percent, while the Longhorns and Aggies are tied at 13 percent. The latest projections also gave Waddle a 13 percent chance of committing elsewhere among the 26 schools he received offers from.

You can view Waddle’s junior year highlights from Episcopal High School in Bellaire, Texas, below.

Lost in L.A.?: Longhorns emerge from double OT thriller confident about the future

What is the confidence level of the Longhorns heading into the bye week?