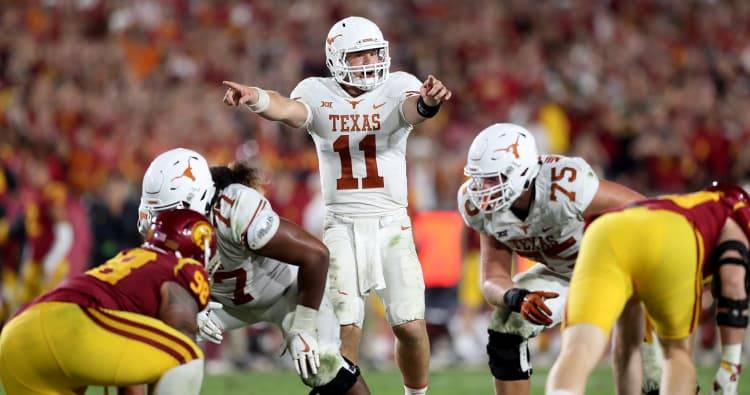 The two quarterbacks shook hands after their epic duel, and Darnold had some words for the Westlake product.

“Watch out, Elite 11,” Darnold said, referring to the esteemed quarterback fraternity both players are members of. “You’re a true player, bro.”

The pair went back-and-forth in the closing stages, with Ehlinger leading the Longhorns 91 yards to take a 17-14 lead with 45 seconds left. Darnold answered by setting the Trojans up for a game-tying field goal as time expired in regulation.

In overtime, Darnold threw a touchdown pass to Deontay Burnett on the first play, and Ehlinger answered with a 3-yard strike to his old high school rival Cade Brewer. The Austin native nearly put Texas ahead again, but he was stripped near the goal line.

In only his second career start, it’s clear Ehlinger earned the respect of one of the best players in college football.

Hey, Coach. What’s up with the gum?