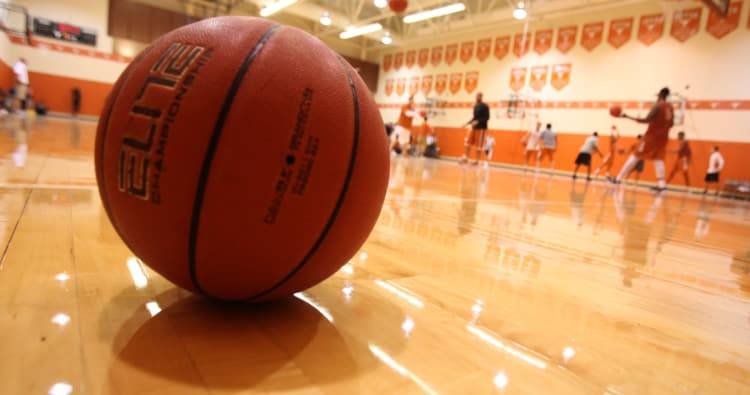 While the new Texas football locker room got all the buzz, another facility on the 40 Acres got a face lift that is almost as impressive.

The Denton A. Cooley Pavilion, where the Longhorns men’s and women’s basketball teams practice, has a breathtaking new look. On Tuesday, Texas showed it off by releasing a video.

RELATED: The story behind the glow of Texas’ $8,700 lockers

The video doesn’t linger long on any of the specific improvements, but you get a general feel for the direction the school decided to go. It feels very much in the same mold as the football updates, with a modern glow and tributes to the program’s rich history sprinkled throughout.

The lockers should feel familiar, as they were designed by the same company — Sam Allen’s Longhorn Lockers — that installed the football ones. There’s plenty of room inside for the latest Kevin Durant shoes, and personalized name plates for each player (no TVs though, it appears).

Hanging above Dozier Court is a giant poster with Kevin Durant in the center flanked by T.J. Ford and LaMarcus Aldridge. Miles Bridges, Tristan Thompson and Avery Bradley also adorn the wall.

Of course, the new look won’t be around too long. Texas announced in April that it will build a new multipurpose arena in the parking lot south of Mike A. Myers Stadium and Soccer Field. At some point, the 39-year-old Erwin Center and Cooley Pavilion will make way for Dell Medical School expansion.

Hey, Coach. What’s up with the gum?