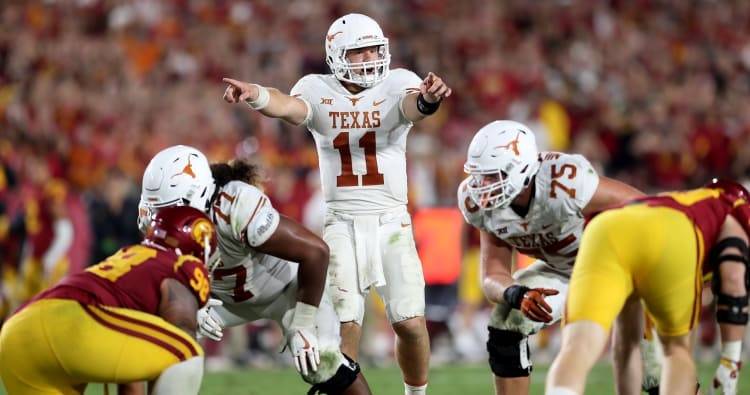 Sam Ehlinger turned heads on a national scale with his gutty performance against USC.

It turns out he was fairly efficient, too. According to PFF College Football, Ehlinger is one of the top graded freshmen in the nation.

Heading into Week 4 – here’s a look at our highest graded freshman through three weeks of football. pic.twitter.com/1wqyIxL4qq

All things considered, it was a strong performance by the Longhorns on the road. Not many expected them to come out and compete with the highly ranked Trojans, and Texas took them into double overtime. It took heroics from Heisman hopeful Sam Darnold for the Trojans to close the game out.

Tom Herman is now at an interesting spot with Shane Buechele and Sam Ehlinger. Both of them have proven that they have talent and can compete at the level Texas needs them to. No matter who Herman picks, the young man who trots out next Thursday to take on the Iowa State Cyclones in Ames will be well-rested and prepared.

Texas football valued at more than $1 billion, according to Wall Street Journal