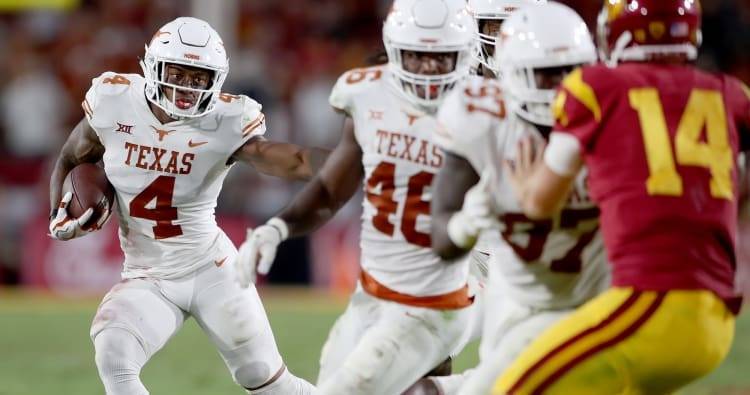 In this week’s “Sound Off” presented by Zaxby’s, you’ll want to have the sound on as we go over Texas’ 27-24 double-overtime loss to USC out in Los Angeles.

The defense had one of its best performances in years against the Trojans, bottling up running back Ronald Jones II for most of the game. Freshman quarterback Sam Ehlinger started a little shaky but got better as the game wore on in just his second collegiate start. Overall, it was a solid night, plus we spent some time at the beach.

The post Sound Off: Grading Sam Ehlinger and the Texas defense after the USC game appeared first on Hook ‘Em.

The Week 4 guide to watching Texas commits in action

On Second Thought Ep 72: Brian Davis on USC and the Chris Warren issue