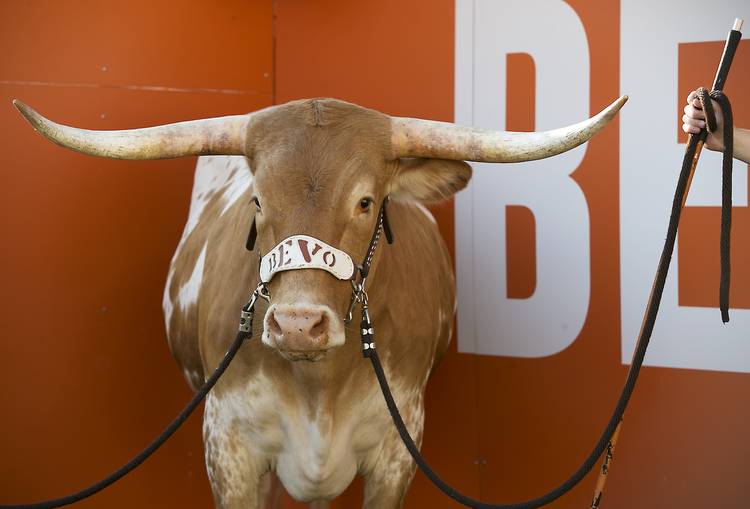 BEVO awaits the start of the game against Maryland. The Texas Longhorns open their 2017 football season under new head coach Tom Herman as the team arrives for the walk into Darrell K. Royal Memorial Stadium Saturday September 2, 2017. RALPH BARRERA / AMERICAN-STATESMAN