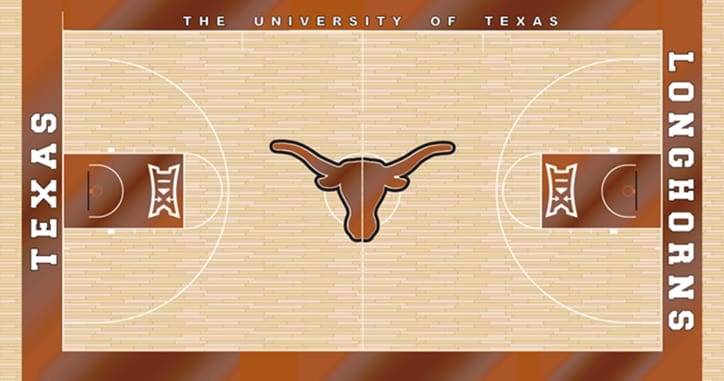 Former Texas men’s Athletic Director Steve Patterson didn’t want to spend any money on upgrades to the Erwin Center or Cooley Pavilion. He knew both will be bulldozed in the coming years, so why spend the money?

A new basketball stadium and practice facility are still years away, so the Longhorns are sprucing up their digs now.

On Thursday, the school announced $4.5 million in upgrades that will be done before the start of the upcoming men’s and women’s basketball season. A new, nine-display center-hung scoreboard is the main attraction, along with a new court with a new floor design.

The school has already installed two new practice courts inside Cooley Pavilion and upgraded the facility with new wall graphics.

“The upgrades to the Texas basketball facilities demonstrate the commitment that the University of Texas has to both basketball programs,” men’s Athletic Director Mike Perrin said in a statement.

“The Frank Erwin Center and Denton A. Cooley Pavilion will be the homes of our basketball programs for the next several years,” Perrin added. “The investment in these upgrades will provide the necessary assets for our student-athletes and enhance a game day experience that Texas fans expect.”

Both the Erwin Center and Cooley Pavilion will eventually be torn down so UT can expand Dell Medical School. A new multi-purpose arena is pegged for the parking lot just south of Mike A. Myers Stadium and Soccer Field, although UT officials concede it’s still years away.

Still, the new video board will be a welcome upgrade over what UT had. Each main display on all four sides will measure 12 1/2-feet high by 23 feet wide. Additionally, a new 360-degree ribbon display will be installed under the main video board. Daktronics is handling the installation of the new display systems.

Both men’s and women’s players had input on how the lockers would be designed.

“The future is bright for both Texas basketball programs”, women’s Athletics Director Chris Plonsky said in a statement. “We want to make sure our student-athletes train and compete in the best facilities in the country.”