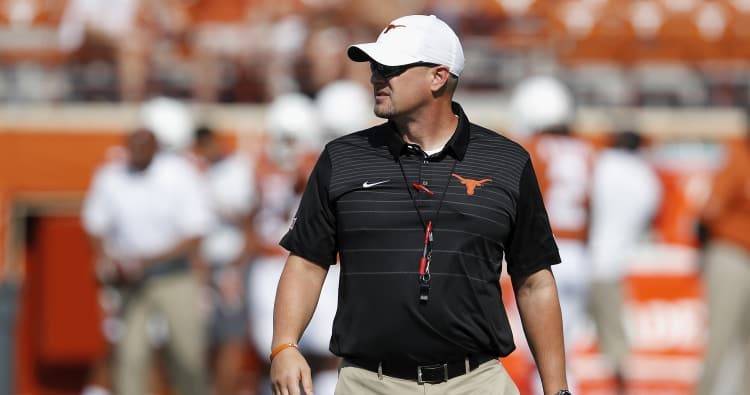 If Thursday night was any indication, Tom Herman knows how to make quite the impression on recruits.

The Texas head coach flew in on a helicopter to watch 4-star cornerback and Texas commit Jalen Green of Houston Heights.

He wasn’t the only Texas coach to appear at the game. Cornerbacks coach and recruiting coordinator Jason Washington also showed up to watch Green.

Green committed to Texas in July. According to 247 Sports, the cornerback is the fifth best recruit in Texas and the sixth best at his position nationwide.

Herman didn’t just stop at the Houston Heights game. The coach flew around to see 4-star Texas A&M commit Max Green and other players at Katy Taylor, according to hookem.com’s Mike Craven.

Herman and Washington hung around on the sidelines at Delmar Stadium during Houston Heights’ matchup against Tompkins.

Green is the fourth-highest rated recruit in Texas’ 2018 class.