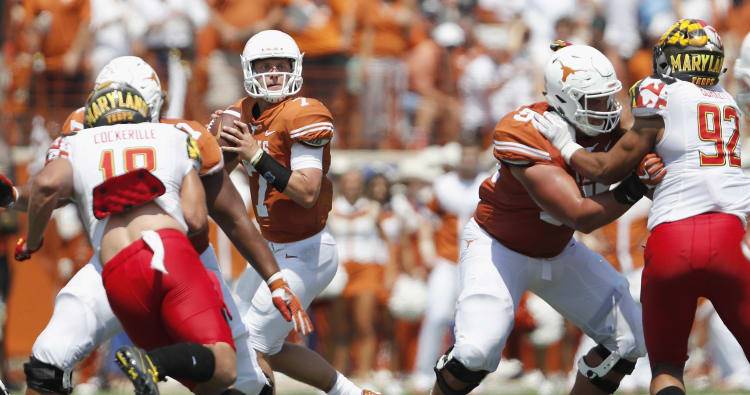 Texas left tackle Connor Williams tore his meniscus and sprained his MCL and PCL during the game against USC, injuries that will require surgery.

That has a lot of people wondering: First, will he return this season? That hasn’t been answered yet. Next, how does this affect Williams’s draft stock? During the offseason, the junior showed up on many an NFL Draft projection.

At least for now, not much appears to have changed.

ESPN’s draft guru Todd McShay released his updated list of the top 32 prospects earlier this week, and Williams showed up at No. 9. He was the top offensive lineman included.

McShay gave the 2016 All-American a 92 grade and moved him up three spots from where he was in the preseason.

“Anytime you play, you are putting your résumé on tape for pro scouts,” Zierlein said. “Whether Williams is hurt or healthy, his tape is his résumé and he needs to put good work out there for NFL evaluators to study.”

Going back to McShay’s rankings for a second, Texas junior Malik Jefferson joined Williams on the list. The linebacker is ranked No. 22 overall, down one spot from where he was in the preseason.

“I’d like to see more physicality from him this season,” McShay wrote.

The only linebacker ranked ahead of Jefferson is Boston College’s Harold Landry.