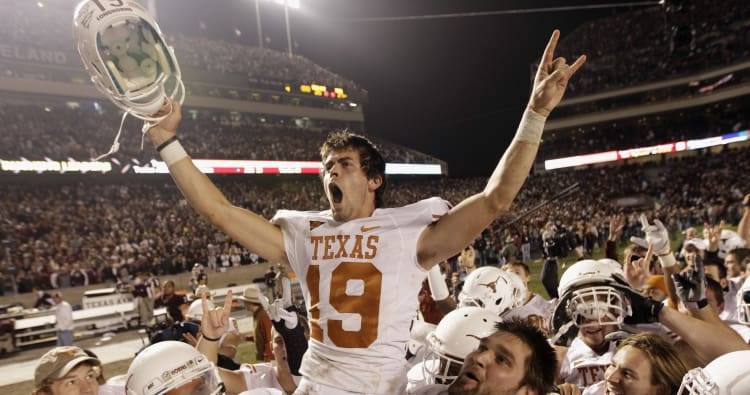 Texas students will have their say on whether or not they would like to see the Texas versus Texas A&M restarted.

In what appears to be a university-wide email that surfaced on popular Twitter account @RedditCFB, student body president Alejandrina Guzman and vice president Micky Wolf make a call to fellow students to vote in a “university-wide referendum” online on Wednesday.

RELATED: Egos aside, when could the Texas-Texas A&M rivalry realistically restart, anyway?

“For generations, UT students enjoyed the Texas v. Texas A&M Rivalry game before it was stopped in 2011,” Guzman and Wolf wrote. “Now, you have an opportunity to help bring it back.”

The vote will take place between 8 a.m. and 5 p.m. on Wednesday, and Guzman and Wolf also said they have set up a survey to collect data for UT President Gregory L. Fenves and Athletic Director Mike Perrin.

“Together, we can reinstate this rivalry football game so that all generations of Longhorns will be able to experience it,” Guzman and Wolf wrote.

It should be noted that the vote will not directly decide whether or not the rivalry is reinstated, but it is the latest in a series of hints that that day may be drawing closer. Even Longhorns coach Tom Herman got involved in the fray at Big 12 media days in July, when he said, “I don’t know why we can’t play A&M as our marquee non-conference opponent.”