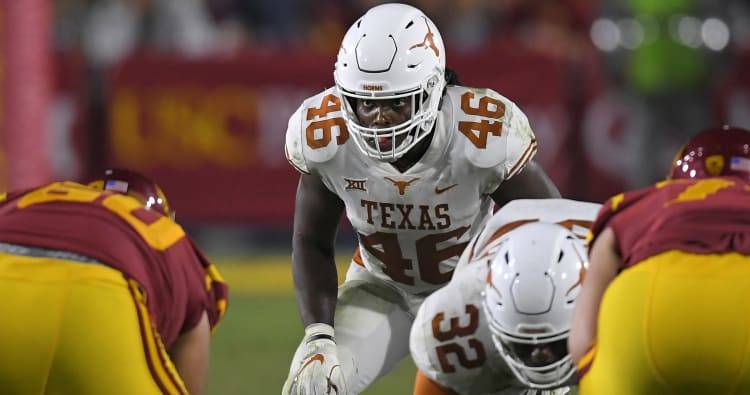 Through three games this season, Malik Jefferson has looked the part of the former 5-star prospect he entered Austin as in 2015.

Headlining what’s been an improved Texas Longhorns defense under Todd Orlando the last two games, Jefferson is up to 27 total tackles in 2017; an effort bolstered by his 11-tackle effort in the Horns 27-24 double overtime road loss to USC.

As a result, the Mesquite product is one of three Big 12 members named to Pro Football Focus’ introductory All-American Watch defensive team with a rating of 89.2.

Introducing the PFF All-American Watch, through four weeks of football.

As the film will reveal, Jefferson has seemingly found a level of comfort in Orlando’s system that was virtually non-existent in 2016. The 6-foot-3, 240-pound junior has begun playing with a free-flowing aggressive style that’s led the way for a Texas defense that’s allowed just 113 yards on the ground in its last two efforts against San Jose State and USC. The byproduct has been statement stops and early justification for Jefferson’s first round grade in the 2018 NFL Draft.

In short, he’s done everything except get to the quarterback, as Jefferson is yet to record a sack this season after tallying just one sack in 2016. Aside from that, Jefferson has been the Longhorns most reliable presence on defense thus far, which will need to remain the case as Texas aims to get back to .500 on the year against Iowa State on Thursday night.

The Eyes of Texas: 3 Cyclones the Horns will be watching