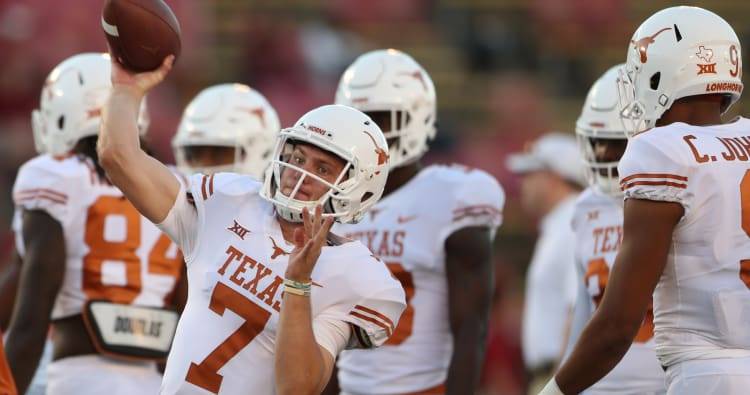 Texas sophomore Shane Buechele got the start at quarterback over freshman Sam Ehlinger on Thursday at Iowa State.

Buechele sat out the previous two games with an injury to his throwing shoulder, and Longhorns fans had mixed reactions to seeing him jog out for the first drive against the Cyclones.

@CoachTomHerman why is Sam Ehlinger not starting

Thank you Jesus, Buechele is starting.

Buechele over Ehlinger? Not lit

Cries for Ehlinger rings through Austin,TX

Is Buechele TOO calm in the pocket? Is that a thing? Just can’t figure this kid out. #HookEm

Is Ehlinger hurt? I don’t know why he’s not starting.

What do you think Ehlinger’s chances are to get in? If he’s like he played last week, he looks like a potential monster starting next year.

Social reaction: Texas heads into a hostile environment to take on Iowa State