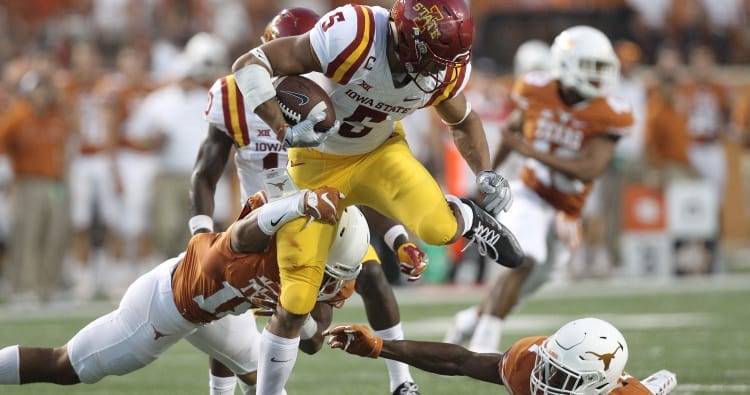 On Thursday against Iowa State, the eyes of Texas will be upon …

Park, Iowa State’s full-time starter this season, has thrown for 935 yards and eight touchdowns. The redshirt junior has thrown two interceptions in his 114 pass attempts. His 66.7 completion percentage ranks 23rd nationally and the Cyclones rank 18th nationally in passing offense. Park and Joel Lanning — who has moved over to linebacker — split the quarterback duties last year; Park threw for only 42 yards in a 27-6 loss to Texas.

Lazard toyed with entering the NFL draft early over the offseason, but returned and is now Park’s top target. Lazard has 19 catches, one of four Cyclones who have double-digit receptions; Lazard’s averaging 6.3 catches per game, which ranks 25th nationally. Lazard has 178 receiving yards, which is second on the team to Hakeem Butler (234). Lazard has three touchdown catches.

Spears has a team-high 27 tackles. The Longhorns would be wise to hold onto the ball around Spears — Iowa State has two fumble recoveries this season, both forced by Spears. The Kansas-bred sophomore is having a breakout season; he redshirted in 2015 and played primarily on special teams last year.

The post The Eyes of Texas: 3 Cyclones the Horns will be watching appeared first on Hook ‘Em.

Texas’ notable number: Pass-catchers at Texas — and the number 13