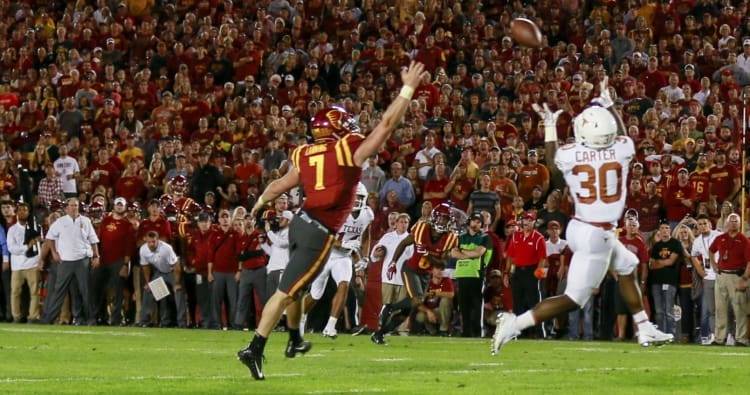 Texas freshman running back Toneil Carter scored the first touchdown of his college career during the second quarter against Iowa State to give the Longhorns a 14-0 lead.

Buechele took another big hit earlier in the drive on a designed run.

Buechele nearly got his lights turned off there.

It’s halftime, and Texas is pitching a 14-0 shutout in Ames