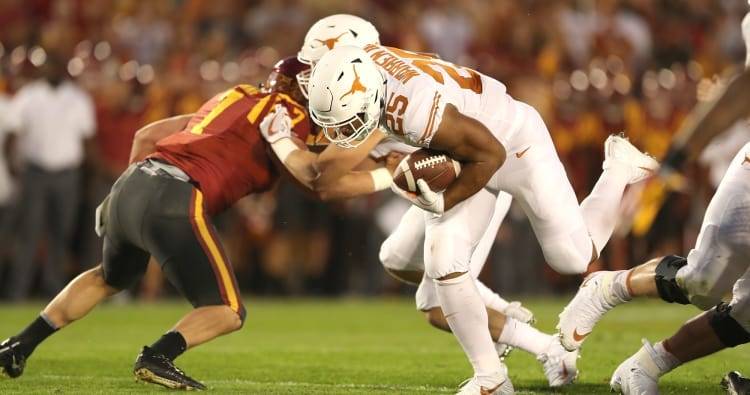 Texas tried to get cute on its second offensive possession and ended up turning the ball over.

The Longhorns tried what looked to be a reverse, except running back Chris Warren III botched the handoff. An Iowa State defender stepped into Warren’s path, and he tried an overhand pitch to wide receiver Armanti Foreman.

The ball bounced off Foreman’s hands and the Cyclones’ De’Monte Ruth dove on it. Watch the play below.

What in the world? Warren is rolling, but then Texas tries this and Iowa State takes over on a fumble. pic.twitter.com/VQk60kyzNb

he tried to pitch the ball overhand