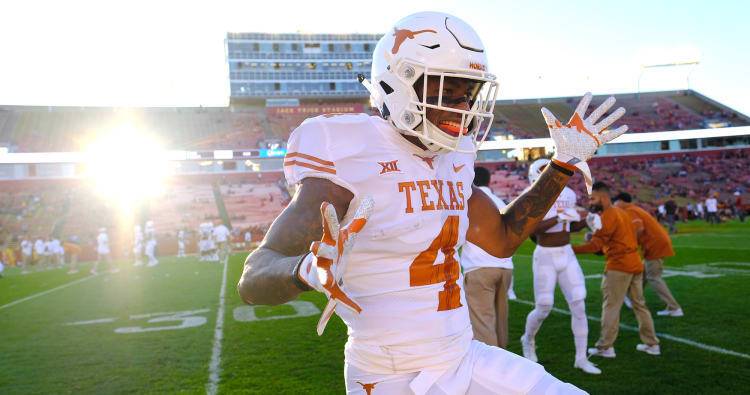 The junior made his third and fourth interceptions of the 2017 season Thursday against Iowa State, and also broke up a would-be touchdown with a big hit in the third quarter.

His first interception of Cyclones quarterback Jacob Park came in the second quarter after Park overthrew his receiver. The turnover led to a Texas touchdown that made the score 14-0.

DeShon Elliott in the right place at the right time. His third INT this year. #Hookem pic.twitter.com/iJ4qWdfwtp

In the third quarter, Elliott prevented a touchdown by laying a big hit on Hakeem Butler while he tried to haul in a pass from Park. The Cyclones ended up scoring a couple plays later.

Elliott’s second interception came at a critical moment in the game, as Iowa State had a chance to tie the game with a possession that began late in the third quarter. Instead, Park overthrew his target again with Elliott lying in wait.

The Longhorns capitalized on the turnover with a 49-yard field goal by Joshua Rowland.

Combined those plays with Elliott’s two interceptions against USC, and the safety is making a great case for being the team’s most valuable player through four games.

It’s halftime, and Texas is pitching a 14-0 shutout in Ames

Texas 17, Iowa State 7: Sluggish but defensive-minded Horns will take a win in Ames