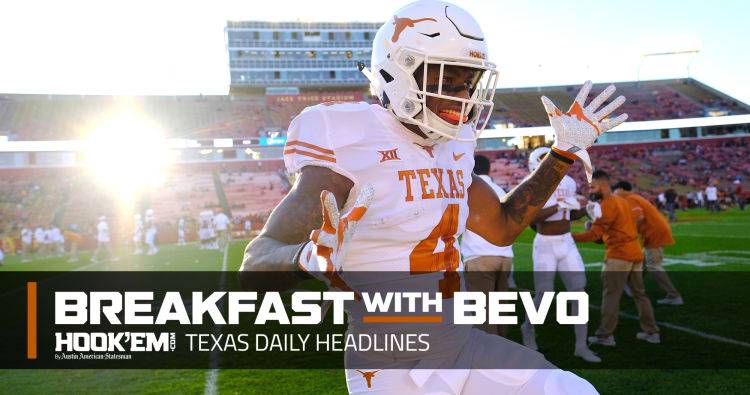 Longhorns win in Ames with defense and enough offense

The Texas defense and DeShon Elliott seemed to pick up where they left off in the Longhorns’ 17-7 win on Thursday night. After slowing USC two weeks ago, Texas held the Cyclones to just seven points and 256 yards of offense to move to 2-2 on the season. Still a concern is the offensive production, however. The Longhorns gained 312 yards of offense, but Shane Buechele passed for just 171 yards and Texas averaged just 2.7 yards per carry. Despite the sluggish performance, the Longhorns did enough to win. Buechele’s second quarter touchdown pass to Toneil Carter proved to be the winning score. Additionally, Josh Rowland hit a 49-yard field goal in the second half to put the Longhorns up by two scores. Overall the game wasn’t very pretty, but they’ll take it. They’ll likely have to do better than 17 points if they want to take a win next week against Kansas State.

Here’s a deeper look at the Texas win over Iowa State Thursday night. You’ll find why Texas won, why Iowa State lost, game balls, plays of the game and more.

We asked four questions before the Texas-Iowa State game Thursday and got definitive answers from Texas’ 17-7 win. Questions about Shane Buechele, Chris Warren III and the Texas defense were addressed through the Longhorns’ play during the win. One of our questions: Did Texas look rusty or rejuvenated? Though the defense played well, the offense definitely looked out of sync at times.

True freshmen made an impact in the win Thursday in Ames, Iowa. Derek Kerstetter was supposed to red shirt this season but ended up being called into action due to injury on the offensive line. Toneil Carter, another freshman, ended up scoring in the second half. Joshua Rowland was another member of the ’17 signing class who contributed with a 49-yard field goal.

Texas Fans sound off on good defense and offensive struggles

Read some of the more popular comments from fans on the Hookem.com Facebook page. There was praise for the defense and some criticism of the offense. One comment even called for Tim Beck’s job already. Speaking of the offense, fans were torn on a key position in the lineup. Some were dismayed that Sam Ehlinger wasn’t given the start while others supported Shane Buechele’s return.

Check out some media and fan tweets and social media posts from the game Thursday in Ames, Iowa.

Columnists Cedric Golden and Kirk Bohls talk with Mac Engel of the Fort Worth Star-Telegram on this week’s edition of On Second Thought. They touch on a number of topics, including the Longhorns, NFL national anthem protests and Aggies head coach Kevin Sumlin.

The University of Texas announced Thursday that more than 13,000 donors contributed to a record haul of 56.6 million dollars in the 2016-17 fiscal year. That topped the previous mark by over eight million dollars. Athletic director Mike Perrin and Longhorn Foundation director Amy Folan expressed gratitude for the donors in the announcement.

A guide to tracking high schools stars committed to Texas

Recruiting writer Mike Craven has you covered if you’re interested in following the high school careers of players committed to Texas. Here’s his guide for watching those players during this week’s slate of high school football.

Will coaching uncertainty hurt recruiting at Texas A&M like it did at Texas?