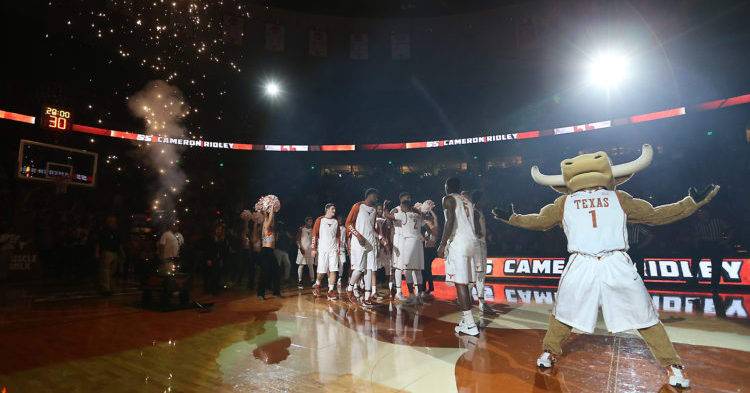 Several college basketball programs landed in a serious quagmire this week, but others continue going about their business quietly. That’s certainly the case for Texas coach Shaka Smart.

The Longhorns added another talented big man to their 2018 recruiting class on Friday when 6-11 power forward Jaxson Hayes announced he was picking Texas. Hayes unveiled his decision during a high school ceremony.

In September, the Cincinnati standout announced he was considering Texas, Kentucky, Georgetown, Butler and Xavier. The Wildcats made a late push as coach John Calipari visited and offered a scholarship in mid-September.

“I’m definitely really excited to say the least,” Hayes told 247Sports of the Kentucky offer, “but I’m not going to rush anything.”

Ten days later, Hayes became a Longhorn. He made an official visit to Austin the weekend of the San Jose State football game earlier this month.

Hayes becomes the third player in UT’s 2018 class along with 6-6 forward Gerald Liddell and 6-7 forward Brock Cunningham. By rule, Texas is not allowed to comment on recruits. The first day basketball athletes can sign a national letter of intent is Nov. 8.

Texas extends offers to a trio of St. Louis prospects