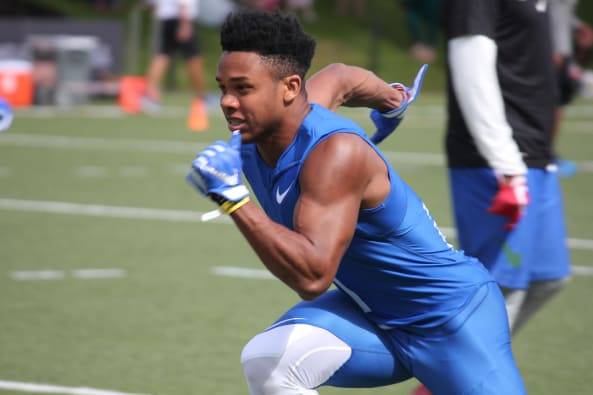 Recruiting on the hot seat

One of the battles Texas faced off the field in 2016 was uncertainty. No one knew if Charlie Strong would remain Texas’ head coach throughout most of last season, and it hurt in recruiting.

The damage was done by the time Tom Herman took charge in late November and it resulted in the 2017 class ranking outside the top 20.

“I wasn’t looking at Texas when Charlie Strong was in his final year. There was too much uncertainty around the program, and when I visited I could feel the tightness within the program,” said offensive line commit Reese Moore. “Everyone was nervous about the future and it didn’t translate well to the recruits.”

This story isn’t uncommon. Numerous prospects this fall spoke about the difference in the program under Strong compared to Herman. None of those recruits bashed Strong or his staff. No one pointed to anything wrong, outside of knowing who would eventually coach at Texas.

“Choosing a school is more than choosing your favorite coach, but the coaching staff is a major part of why most of us choose a school,” said 4-star cornerback commit Jalen Green. “That makes it harder if we’re not sure a coach will be around. The relationship I’ve built with coach Herman and his staff is one of the main reason I committed to Texas.”

Herman is a new coach. He’ll get his time to turn Texas around, and the recruits know that. It gives them a sense of comfort for the future. The same cannot be said at Texas A&M and the uncertainty of Kevin Sumlin’s future could help Texas in recruiting if this group of recruits feels the same about A&M as the elite prospects felt about the Longhorns at this time last year.

Herman can recruit a prospect and nearly guarantee he’ll be on campus when the player graduates. The same is not true for Sumlin, and it’s a recruiting pitch Texas will no doubt make toward prospects still deciding, and even a few already committed to Texas A&M. All is fair in recruiting.

The third piece of the puzzle —Rondale Moore, a 4-star receiver from Kentucky — appears less of a sure bet to end up at Texas with interest from Purdue slowly spreading rumors that he’ll end up elsewhere. That doesn’t mean Texas should panic, and the alarm could be unfounded if Moore ends up on campus.

If Texas does need to find different receiver options, it’s a good year for that. The state is stocked with receivers in the 2018 class and the Longhorns have offered a few, and could extend an offer to a new slot receiver by the end of the season.

Here are options for Texas:

No player in the state is better after the catch than Waddle, a 4-star slot receiver from Houston Bellaire Episcopal. The 5-9, 175-pound prospect would be an obvious choice to replace Moore as the slot receiver in the 2018 class. Texas would likely take both Waddle and Moore if both were willing to sign. Waddle is an elite route-runner and a top-notch returner. Texas must make up ground on programs like Alabama, Florida State and Texas A&M.

ALL GLORY TO GOD

Texas would take four receivers in 2018 and Bush remains a staff target after receiving an offer toward the end of the summer. Bush is a long, lanky receiver with upside despite rawness as a route-runner and pass catcher. Bush, just like Moore, Woodard and Eagles, participated at The Opening Final in Oregon this July. The Schertz Clemens product is also high on Baylor.

Williams is without a UT offer, but the Converse Judson quarterback could get a look if Moore moves on and Waddle is no longer an option. Williams doesn’t play receiver. He’s the quarterback and leader of Converse Judson, arguably the best team in the state. His 5-9 build means he’ll move to receiver in college and the 3-star productand Fabulous 55 member has the tools to become quite successful.

The post Will coaching uncertainty hurt recruiting at Texas A&M like it did at Texas? appeared first on Hook ‘Em.

Texas extends offers to a trio of St. Louis prospects