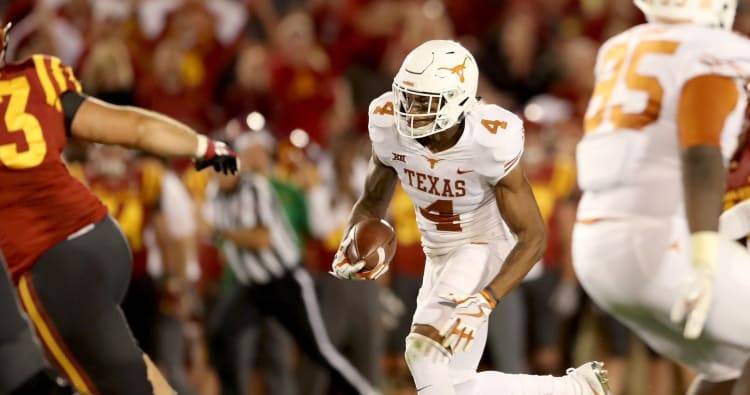 Welcome to Big 12 DieHards’ Week 5 Defensive Player of the Week. There were a number of exciting performances across the Big 12 from defensive players, but one stood apart.

Really, this could be a team defensive award after the performance Texas put forth against Iowa State last week. With the offense struggling, Texas held Iowa State to just one touchdown. For context, the Cyclones had scored 40 or more in every other game this season.

However, the two most important defensive plays of the game came at the hands of a usual suspect ­– safety Deshon Elliott.

In the second quarter, Iowa State had just gotten out of its own red zone with a 25-yard pass. Two plays later, Elliott picked off Jacob Park at the Texas 40. The Longhorns leveraged it into a touchdown five plays later.

After a brutal drive in the third quarter, Texas punted and Iowa State started at their 37-yard line. Two plays in, Elliott picked off another pass and returned it 22 yards to the Iowa State 38-yard line. Texas’ offense mustered just six yards, but the return set up a 49-yard field goal by Josh Rowland, one of just three scores by Texas all game.

In addition to the picks, Elliott also had a sack, a pass breakup, and finished No. 2 on the team with 6 tackles. Only cornerback Holton Hill had more. Over the past two games, Elliott has a combined 13 tackles, 2.0 tackles for loss, 4 interceptions, and 3 pass breakups.

Texas held its opponents to a combined 34 points. Expect Elliott to be under strong consideration for All-Big 12 and All-America status if he maintains this level of play.