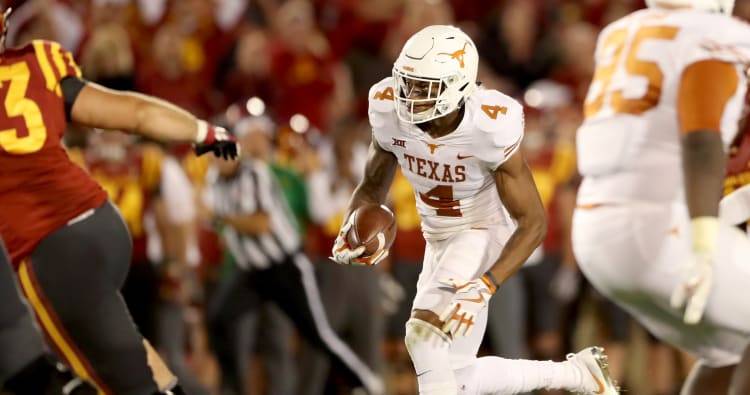 On Monday, the Big 12 recognized Elliott as its defensive player of the week. The award was Elliott’s second of the year as he was honored on Sept. 18. Elliott is the first-ever Longhorn to win the conference’s weekly defensive award in back-to-back games. (Texas Tech linebacker Dakota Allen won last week’s award while Texas was on a bye).

After an entertaining week 5 of #Big12FB, here are your Players of the Week!

In a 17-7 win over Iowa State on Sept. 28, Elliott compiled two interceptions and six tackles. He also broke up a potential touchdown pass with a big hit in the end zone.

The post Back-to-back: DeShon Elliott once again recognized by the Big 12 after another two-interception game appeared first on Hook ‘Em.

Elite safety commits are noticing the play of DeShon Elliott