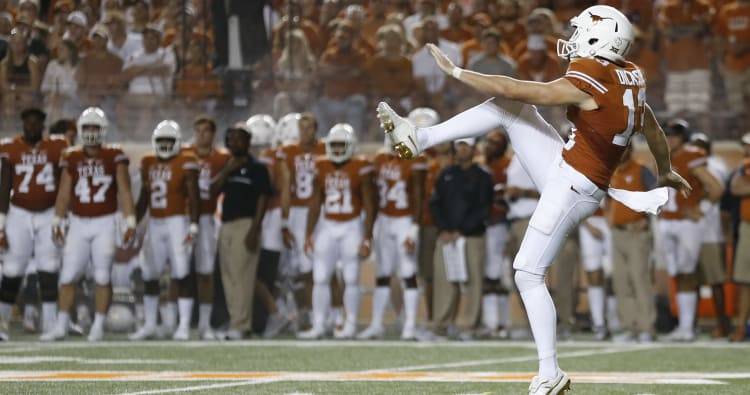 Following yet another noteworthy performance against Iowa State, Texas Longhorns punter Michael Dickson has been named as the Ray Guy Award National Punter of the Week.

In the Longhorns 17-7 win over the Cyclones, Dickson proved to be a true field-flipper, averaging 46.9 yards per punt on seven attempts and send four punts more than 50 yards downfield. His longest effort against Iowa State was 61 yards.

Furthermore, Dickson downed four punts inside of Iowa State’s 20-yard line and allowed only one punt to be returned.

In 2016, Dickson became the first Longhorn ever to be honored as a Ray Guy Award finalist and although he didn’t secure the award, Dickson was named the 2016 Big 12 Special Teams Player of the Year.

Back-to-back: DeShon Elliott once again recognized by the Big 12 after another two-interception game