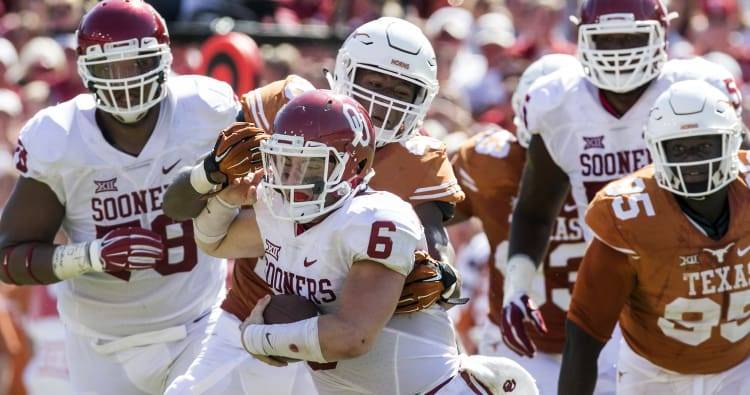 The Big 12 announced on Monday that Texas and Oklahoma’s annual rivalry game will kickoff at 2:30 p.m. on Oct. 14. The Cotton Bowl in Dallas is set to once against host the Longhorns and Sooners. Either ABC or ESPN will televise the game.

schedule is set for week 7.

Texas and Oklahoma fans have become accustomed to kicking off at 11 a.m., which has been the annual meeting’s start time in each of the past six years. The Red River Showdown last started at 2:30 p.m. in 2010.

This will be the 112th clash between Texas and Oklahoma. UT holds a 61-45-5 lead in the all-time series. This upcoming game will mark the first time since 1947 that both schools will have a new coach on their sidelines.

The post Texas and Oklahoma to reunite at the Cotton Bowl at an unfamiliar time appeared first on Hook ‘Em.