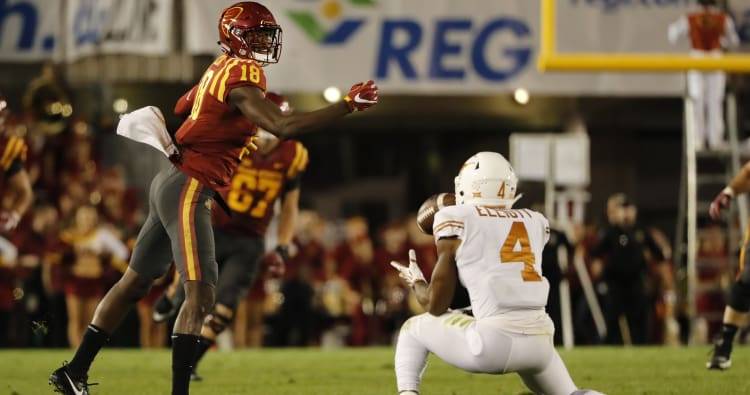 Against the Cyclones, Elliott found himself at the receiving end of a pair of Jacob Park passes, marking the second time in as many games that he’s recorded two interceptions after doing so against Sam Darnold and USC. Elliott also added 6 tackles, 1 sack and 1 tackle for loss, as well as delivering a big to Iowa State’s Hakeem Butler, jarring the ball loose and preventing a touchdown.

Elliott is now up to 18 tackles and 4 interceptions on the season, which is tied for third nationally.

WATCH: Does Texas now have momentum after its win over Iowa State?