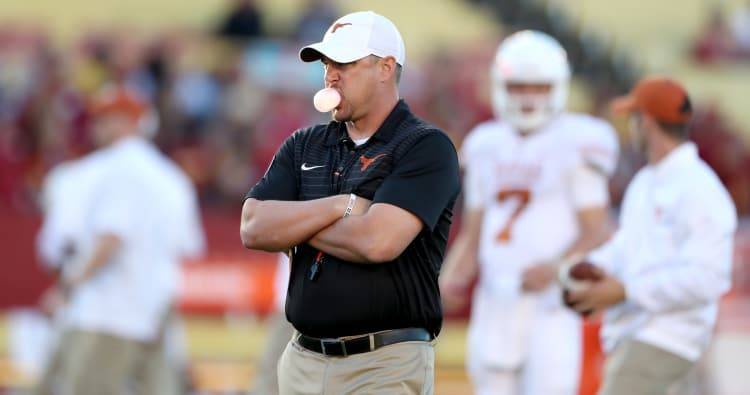 The last time we checked on Texas’ bowl prospects, Tom Herman hadn’t even said the words “fairy dust” yet.

Now that the Longhorns have played four games, and won two of them, we got curious. What is the national perception on where this UT season is headed come December?

As it turns out, opinions are pretty split. It sounds sort of like how the fan base currently feels about Shane Buechele vs. Sam Ehlinger.

So, let’s get to it. Here are a few major media outlets and their projections of where (or if) Texas will be playing a bowl game.

So there you have it. One-third of the way through the season, you can start planning for some theoretical bowl trips. Don’t go too crazy, because there’s still a lot of football to be played.

The post Is Texas going bowling in 2017? Let’s take a look at some projections appeared first on Hook ‘Em.

The Whys of Texas: Shane Buechele remains the starter, but why not even a little Sam Ehlinger?