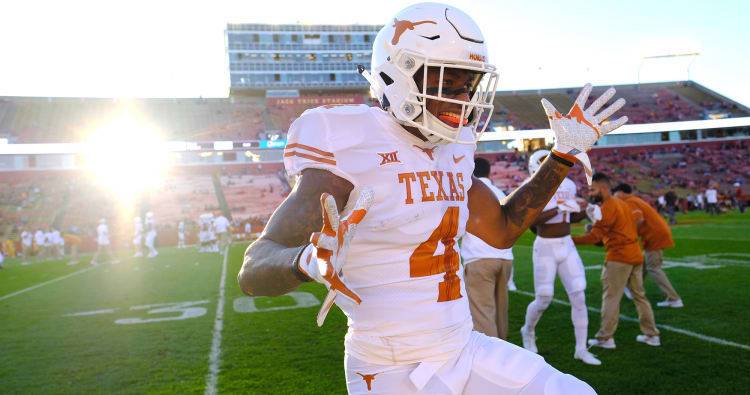 DeShon Elliott is making his case for team MVP through the first four games of the Texas football season, and now his fame is extending beyond the 40 Acres.

On Wednesday, it was announced that Elliott had been named the Jim Thorpe Award player of the week for his six-tackle, two-interception performance against Iowa State.

No Texas players were named to the preseason watch list for the Jim Thorpe Award, which is presented each year to the best defensive back in the country. Elliott is making his presence known so far this season with four interceptions and 18 tackles.

All of his picks have come in the past two games, including the pair of game-changing plays last week in Ames and two interceptions off preseason Heisman Trophy favorite Sam Darnold when the Longhorns played USC.

Elliott’s efforts have earned him back-to-back Big 12 defensive player of the week honors, a first for a Texas player.

He also earned the highest rating on the Pro Football Focus Big 12 defensive team of the week.

Opposing quarterbacks should probably start taking note of where No. 4 is on every play.

Texas beat writers Sound Off, is Connor Williams coming back?