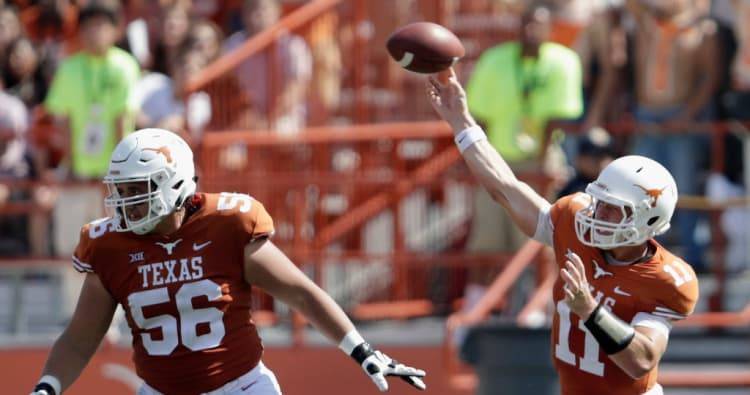 Zach Shackelford rolled surgical ankle yesterday. Expected to be a full-participant Friday. Terrell Cuney is your C if he can’t go. #HookEm

Shackelford has started in all four games this season for the Longhorns. He stands 6-foot-4, weighs 305 pounds and was an FWAA Freshman All-American selection last season.

Terrell Cuney is a junior that has played in three total games in his career in Austin. He’s slightly heavier than Shackelford, at 6-foot-3 and 310 pounds.