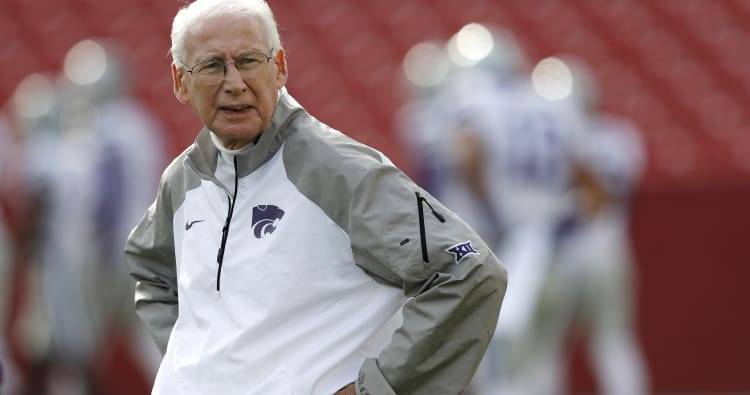 Here are five key matchups in the Texas-Kansas State game to keep your eye on Saturday night:

If the Longhorns can stop Ertz, they’ll likely stop a Wildcats offense averaging 37.5 points per game. Ertz is Kansas State’s leading rusher and the senior quarterback is accounting for nearly 64 percent of his team’s offensive yardage. Texas struggled with containing Maryland’s mobile quarterbacks, but opposing quarterbacks have compiled minus-35 rushing yards in the three games since. Ertz burned Texas for touchdown runs of 6- and 19-yards last year.

Texas linemen vs. DT Will Geary

The heart of UT’s offensive line — guards Patrick Vahe and Jake McMillon and center Zach Shackelford — has been a consistent presence. Both McMillon and Vahe have recently estimated that they haven’t gotten much time off in Texas’ games, and Shackelford is still expected to play after injuring his ankle at mid-week practice. Those players will have their hands full with the 306-pound Geary, who has recorded three sacks over his last two games.

Texas hasn’t settled on a punt returner yet, but Kansas State has two quality options in Reed and Pringle. Reed is averaging 19.6 yards per return with a 62-yard score. Pringle has netted 38 yards off three returns. Will either get an opportunity against Dickson, the reigning Ray Guy Award punter of the week? Dickson is averaging 45.7 yards per punt and only four of his 19 kicks have been returned. (Texas has allowed one punt return of more than 3 yards).

If an ankle injury sidelines Shane Buechele, you could see four true freshmen in Texas’ offensive huddle. Sam Ehlinger threw for 520 yards in starts against San Jose State and USC. In last week’s 17-7 win over Iowa State, right tackle Derek Kerstetter and running back Toneil Carter made their cases for more playing time. Cade Brewer has also been productive at tight end. Kansas State, which ranks 15th nationally in scoring defense, will start three juniors and five seniors on defense.

Snyder will celebrate his 78th birthday on Saturday. The Longhorns have said all the right things during the buildup to this week’s game — “There’s probably not a coach in our profession right now that is more well respected than Bill Snyder,” Tom Herman said on Monday — but UT won’t want to be too hospitable. Last year Kansas State also went 5-0 against Texas teams. Three of those games — wins over Baylor, TCU and Texas A&M — were played in the Lone Star State.

Texas vs. Kansas State: A Q&A with a Wildcats beat writer